The B Corp certification, issued by the non-profit organization B Lab, is one of the most demanding in the world. It follows a rigorous and thorough assessment of the company’s environmental, social and governance performance. It measures how companies manage their employees, their environmental footprint, their products, their suppliers, and their interactions with communities.

To take its environmental and social commitment even further, Opaline committed in December 2019 to be carbon neutral by 2030 as part of the NET ZERO 2030 program proposed by B Corp. 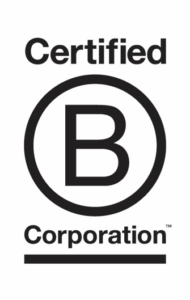